Belén analyzes in her presentation, from a legal perspective, the issues related to the access and use of genetic resources explaining different instruments that create, in the end, the complex puzzle in which the conditions of access, use and fair participation are established and equitable in the benefits that derive from its use. The objective of this presentation is to present, from the perspective of a user of genetic resources, the steps to follow to comply with the requirements that derive from different international legal instruments, that is, the Convention on Biological Diversity, the Nagoya Protocol on access to genetic resources and fair and equitable share in the benefits that derive from their use -of which Spain is a part-; from an European perspective, such as the Regulation (EU) No 511/2014 of the EP and the Council of 19 April 2014 on measures of compliance of users of the Nagoya Protocol on access to genetic resources and fair and equitable participation in Benefits arising from its use in the Union and Commission Implementing Regulation (EU) 2015/1866 of 13 October 2015 laying down detailed rules for the application of Regulation (EU) No 511/2014 of the European Parliament and the Council with regard to the registration of collections, the monitoring of compliance by users and the application of best practices; as well as the Spanish implementation measures established in Royal Decree 124/2017 of February the 24th regarding access to genetic resources from wild taxa and control of use. 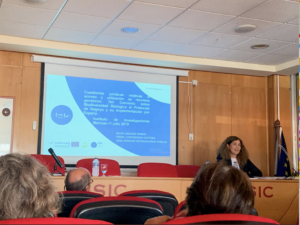 From the 8th to 11th of July 2019, the IBioIC will be presenting on biorefineries and taking a stand at BIO World Congress to showcase the work of the Centre including our membership of the EBB project consortium.