The Basque Microalgae Culture Collection (BMCC), of the University of the Basque Country (UPV/EHU), maintains more than 600 strains of marine and freshwater microalgae and cyanobacteria, mainly from the Basque Country, although counts with species collected in different parts of the world.

This collection was registered within the World Federation for Culture Collections (WFCC, World Federation for Culture Collections) in 2020 and is part of the Spanish Network of Microorganisms (REDESMI). Among its taxonomical groups that can be found in collection in BMCC we can find different species of haptophytes, cryptophytes, dinoflagellates, chlorophytes, diatoms and cyanobacteria.

BMCC is part of the Plentzia Marine Station (PiE-UPV/EHU), which is one of the operators of the Spanish node of European Marine Biological Resource Centre (EMBRC-ERIC) and a partner in European Blue Biobank (EBB) project. BMCC facilitates access to biological resources with great biotechnological potential for both private and public companies or institutions. Moreover, the strains held at BMCC may play a pivotal role in biotechnological developments or be research focus leading to patent generation or scientific publication. Culture collections also play an important role preserving biodiversity, mission that has been recently underpinned under the biodiversity goals of the Convention of Biological Diversity and the entry into force of its Nagoya Protocol and its associated Access and Benefit Sharing (ABS) regulations.

In addition to supplying isolated algal strains already identified, the BMCC offers additional services such as the isolation and identification of species, the production and supply of culture media, the possibility of depositing strains in the collection or the characterization of some compounds present in microalgae. Such services are available for companies or researchers, both for basic and applied research.

This collection opens its doors to the rest of the world through its new website, which has an access portal that has been funded by EBB project, and that can be visited in this link 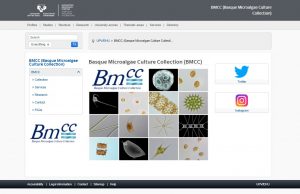 The activities carried out in our project are the result of the joint work of a multidisciplinary team made up of some of the most important marine collections in Europe, marine biotechnology clusters and companies, together with national agencies responsible for the access to marine genetic resources.

As a result of this coordinated effort, the project was awarded in 2018 at the Atlantic Project Awards, in the category of “Atlantic Marine and coastal environment”.

In this video you can see the main activities that we carry out and which are the biobanks, clusters, companies and competent national authorities that make up our consortium, as well as, some images of the award ceremony.

Get a glimpse here!

The Marine Research Centre (CIM) of the University of Vigo, coordinator of the “European Blue Biobank” (EBB) project, together with the CETMAR Foundation, and especially with the Interreg Atlantic Area project entitled COCKLES organized a technical workshop to raise awareness of the existing obligations to access and use genetic resources derived from the Nagoya Protocol (2010) and associated regulations. In Spain, the Protocol is translated into the ByLaw 124/2017, which regulates the access and use of genetic resources from wild taxa. Finally, in Galicia, the Law 5/2019 on natural heritage and biodiversity reflects basic aspects for the application of the rule in this territory and the obligation of communication of the territorial administration to the national focal point.

The workshop was opened by Paloma Rueda (Director of CETMAR Foundation) and Belén Martín Míguez (coordinator of EBB). Alejandro Lago, project manager of the UNDP-GEF Global ABS Project, presented the international context about the Nagoya protocol. Noelia Vallejo Pedregal, Spanish National Focal Point for the Nagoya Protocol, from the Ministry of Ecological Transition, explained the legal framework in Spain. Fiz da Costa, project manager of EBB project, presented the Best Practice Guidelines developed by EBB partners and use cases implemented. The event was closed with a round table of debate with scientist, policy makers and industry, with the contribution of Angel F. Gonzalez (CSIC), representing the scientists; Fiz da Costa, Elisa Gago (Xunta de Galicia), representing the competent authority in Galicia; Noelia Vallejo, from the National Focal Point in Spain; Carlos Padilla, Biomar mt, a private company with experience in ABS regulations; and Rosa Fernández (CETMAR), acting as moderator.

The workshop was filmed by UVigoTV. Presentations were in Spanish and and videos are available in the following links: 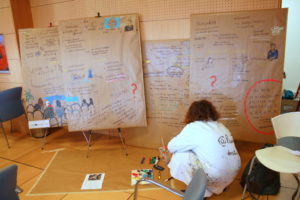 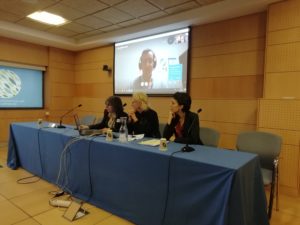 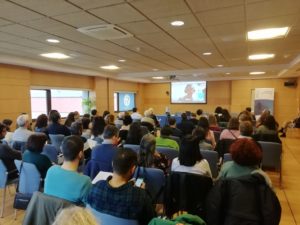 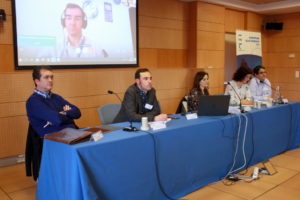 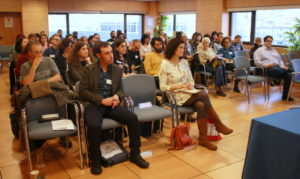 On the 19th February 2019, Antonio Villanueva, Coordinator of the EBB project, presented at the “Café con Sal” conference cycle, the implications for marine biological researchers of novel regulations regulating access to genetic resources, with the lecture “ABS: are you talking about my car brakes?“. With this conference, Antonio Villanueva, coordinator of EBB project, aimed to raise awareness among research staff about this legal requirement, giving to the assistants some basic information and some tips to reduce as far as possible the impact of these new regulations on their activity.

The conference took place at the conference room of the ECIMAT at 11:00h (CET) and was live streamed on http://tv.uvigo.es/es/directo/1.html and will be permanently available on CIM (https://cim.uvigo.gal/en/evento/abs-are-you-talking-about-my-car-brakes/) and UVigoTV websites:

The presentation can be downloaded following the link https://cim.uvigo.gal/wp-content/uploads/2019/02/20190219_ppt_AntonioVillanueva_ABS.pdf